HEALTH AND SAFETY UPDATES
We have adjusted our services and opening hours as per
the guidelines issued by the UAE government. Certain health and safety procedures are also in place to
ensure safety and wellbeing of our guests and staff.
Book Now

Learn More
Brunch On 54
A brunch like no other, we offer the perfect way to spend a Saturday afternoon with loved ones as families can delight in themed performances while enjoying the breathtaking views of the Dubai Skylines with exceptional cuisine and drinks.
Learn more

Howard Ko brings over 12 years of culinary experience, extraordinary talent and a fresh new perspective to CÉ LA VI Dubai. Raised in Los Angeles, CA, he recognised a deep-rooted love for food and found himself exploring his curiosity in the kitchen. To pursue his dream of becoming a chef, he moved to New York to train at The Culinary Institute of America, which focuses on culinary, baking, and pastry arts education with renowned alumni including Anthony Bourdain and Grant Achatz.
He began his culinary journey in 2006 at DANIEL, a Michelin-starred restaurant in New York. He has worked with several Michelin-starred venues including Picholine, Restaurant Mélisse, The Restaurant at Meadowood and The French Laundry, where he worked alongside Timothy Hollingsworth, famous restauranteur and the winner of Final Table.

Indulge in an award-wining three-course meal curated by Chef Howard Ko and enjoy the unparalleled views of the city.
Join us for a business meeting or a reunion on level 54 from Monday to Friday.
Not available on public holidays.

For hosting a large group of 20 or more, contact private events at events-dxb@celavi.com 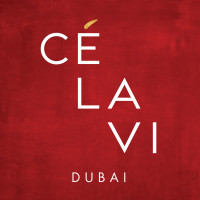