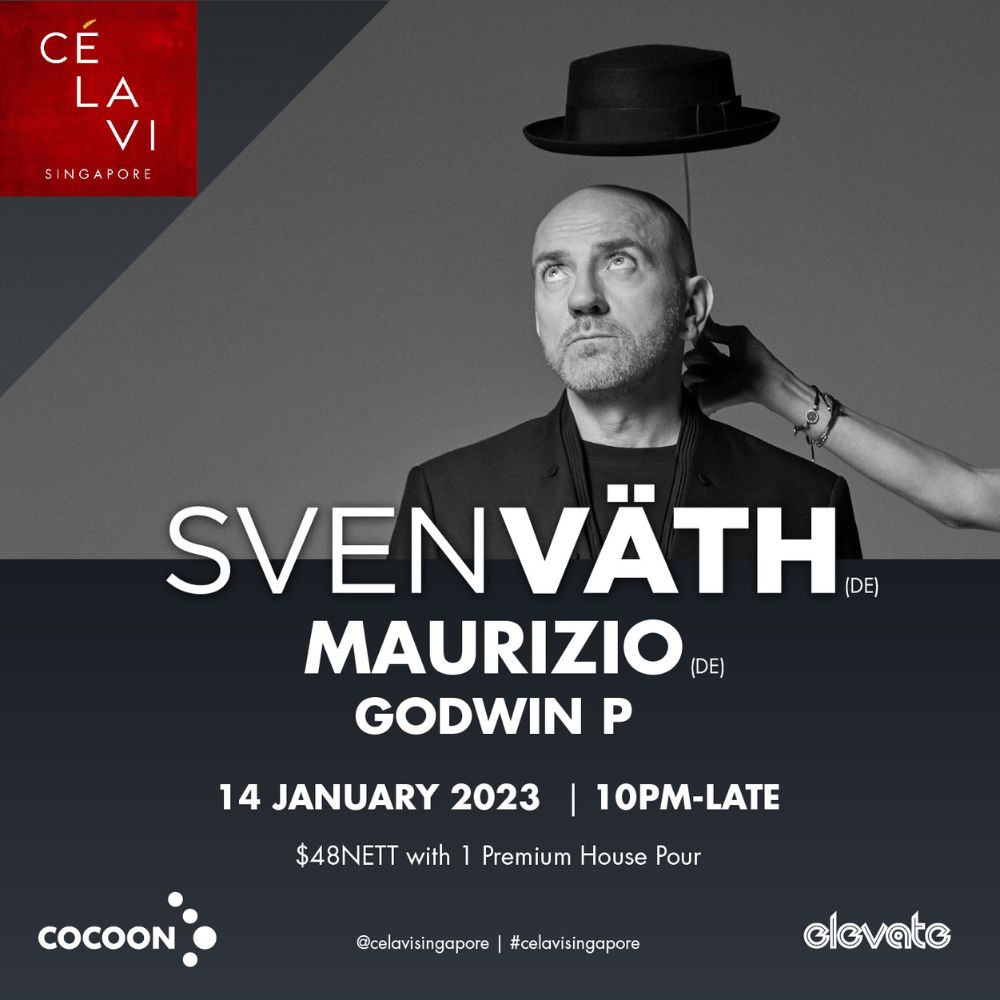 A legend in his own lifetime with a commitment and passion that has influenced the advance and evolution of electronic music, Sven Väth is an unerring visionary and global player, possessing the most legendary reputation imaginable.

A charismatic head of Cocoon, Ibiza pioneer and an enigmatic figurehead of the German techno scene, Sven Väth has been delighting the dancefloors since 1981 with his mixture that to this day traditionally consists of vinyl only. Having held down a residency at the island’s legendary club Amnesia for 20 years, Sven's influence has helped cultivate the underground house and techno scenes across the world - playing countless global shows like Tomorrowland, Secret Project Festival, Afterlife at Ibiza, to name a few.

Sven Väth is a risk taking visionary, an instigator, an innovator and very possibly invincible. Another heavy-hitter is coming to town, don't miss out!