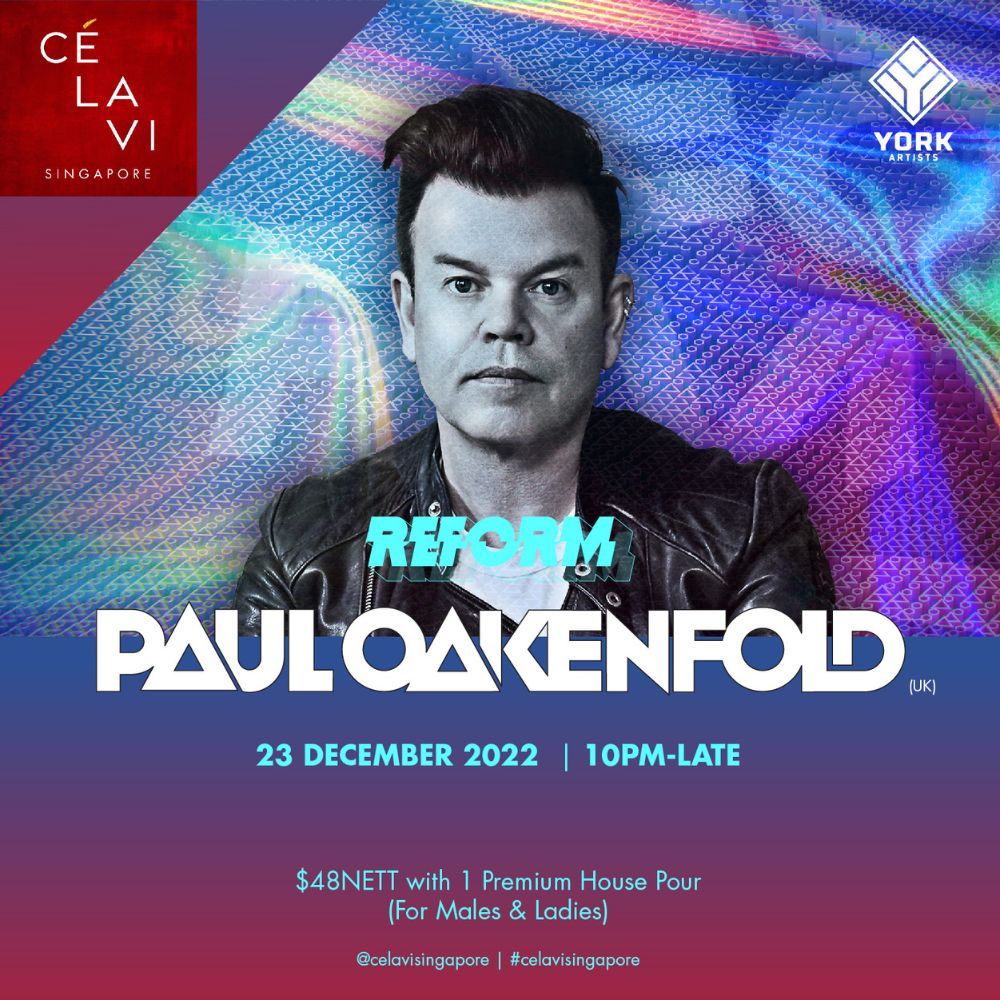 When it comes to a career the magnitude of Paul Oakenfold it’s hard to encompass one of the true legends of electronic music into just words. For over 3 decades he has elevated and shaped an entire genre and remains one of the leading forces in the global music scene today. His most recent works have taken him from the DJ booth of the world's hottest nightspots and festivals to the studio producing soundtracks for Hollywood blockbuster movies. His diversity in artistry and ability has earned him accolades from critics and fans alike. Garnering him not 1 but 2 Grammy Nominations for his works.

Having a famed residency at UK super-club Cream in Liverpool brought Paul global respect as a master of his art - some say the catalyst to what has made him a touring legend. This residency was celebrated through the Grammy-nominated 2004 compilation ‘Creamfields’ (Paul went on to receive a second Grammy nomination in 2007 with his artist album, “A Lively Mind” and then again in 2009 for his production work with Madonna).

Oakenfold’s stature as a DJ and entertainer has taken him beyond the normal club and festival circuit, playing landmark gigs that have changed the face of electronic music. Paul has produced for megastars such as U2, Madonna (including her latest release “Celebration”) and The Happy Mondays, remixed Michael Jackson, The Rolling Stones and Justin Timberlake and released over 20 DJ mix compilations. In recent years Paul has also been responsible for creating some of the most breathtaking film scores and cues for a long list of Hollywood blockbusters – including The Bourne Identity, Matrix Reloaded, Shrek 2, Swordfish, and Collateral. Paul Oakenfold’s newest artist album ‘Pop Killer’ is scheduled for imminent release featuring The Red Hot Chili Peppers, Gnarls Barkley, OneRepublic and B.O.B.

Whether you are listening to a CD, watching a commercial, going to a club, or playing a video game; Paul’s Omnimedia presence is felt everywhere - he is the sovereign of DJ culture and is its most recognizable icon.

Dance with the legend himself.