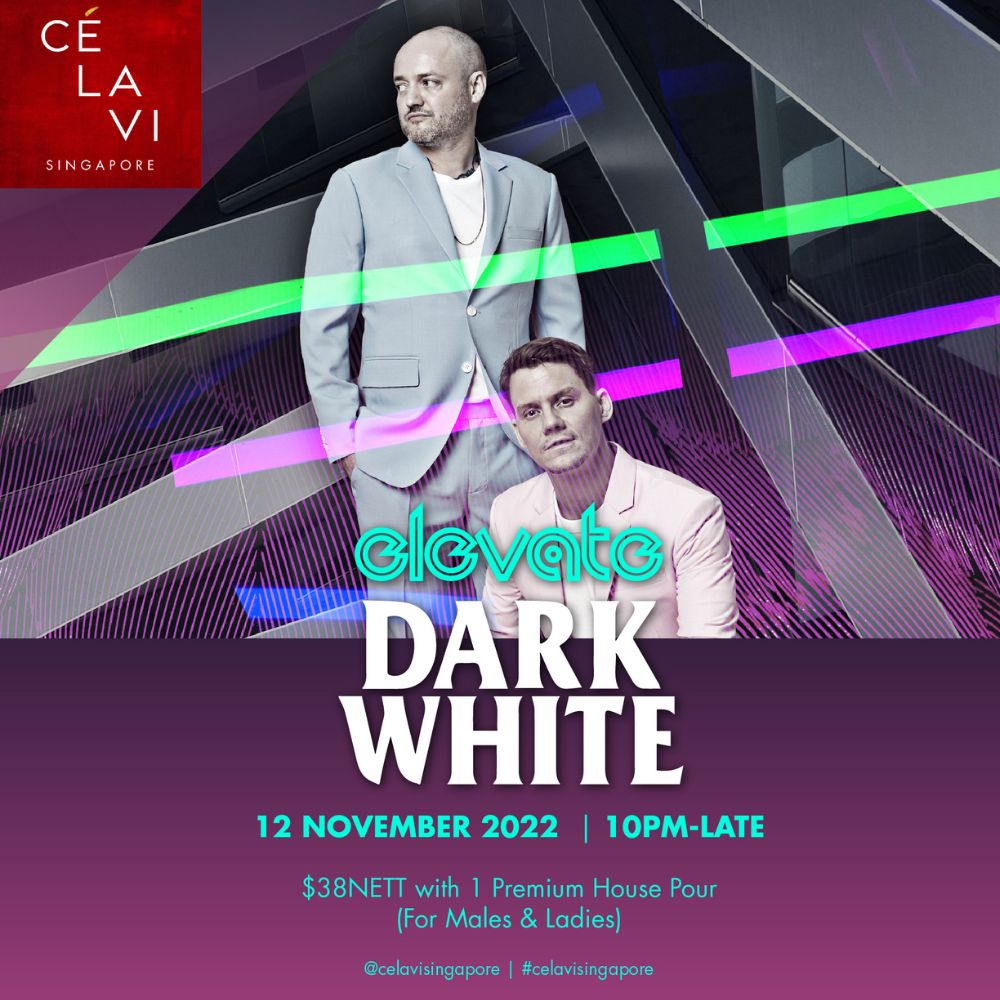 Bangkok's reigning kings of the disco are stepping into #celavisingapore decks for a cosmic journey of epic proportions. The birth child of DJs Sir Walt and Slomororo, DARK WHITE is the same duo behind Disco Diaries, with heavy accolades under their belts opening for FKJ, Bondax, Pomo, Cherokee, Darius, and many more. Seamlessly blending between parts of disco, boogie, funk, soul, and rare grooves, it will be a night you don't want to miss!

Comb out that afro, get your perm right, slip into your fanciest party attire, and spit-shine those dancing shoes until they sparkle like the disco ball - snag a ticket now!